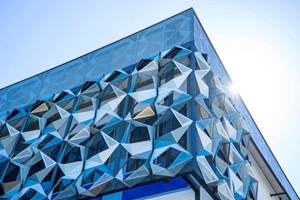 The way building facades are approached is changing. In addition to their waterproofing, insulation and aesthetic functions, facade design now encompasses energy efficiency, which adds another layer of complexity to the process. Further, facade engineers have access to a greater number of materials, and developments in technology allow them to do more with what they have.

When we talk about facade design trends, we're not looking at "what's hot" so much as how the design approach has changed, what's important now that wasn't before, and what's possible now thanks to technological development.

Usually when people think of facades, they think of the most iconic in the world; St Peter's Basilica, the Parthenon, or one of the many striking works by Frank Gehry. It's true that facade design can leave an impression, oftentimes leading buildings to become iconic, integral parts of their cityscapes that can last for centuries.

Mic Patterson of Facade Tectonics describes the current approach to facade design in commercial architecture as "the pursuit of the iconic." This is an approach that values the unique appearances of the classics, and attempts to create designs that will be remembered.

This is not to say that the aesthetic aspect of a facade is the only consideration, or at least, it shouldn't be. As previously mentioned, waterproofing and insulation are just as important as aesthetic features, but with new technology, facades can make even more meaningful contributions to the buildings they envelope (we'll go into more detail on this shortly).

Today's design approach is one that balances striking visuals with classic functionality, while incorporating smart new technologies to boost efficiency.

Developments in technology mean materials are easier to produce in bulk and easier to manipulate for particular applications. Producing thousands of perforated metal sheets for example, is far simpler and less time consuming than it would have been in eras past.

Woven wire mesh and perforated or expanded metal used in facades (whether for the entire building skin or as individual textural or shading elements in more complex designs) certainly fit the bill when it comes to functionality. Facade materials need to strike a delicate balance of allowing natural light to enter the building, but restricting glare from the sun.

This can be achieved using open profiles or screens oriented in a such a way to allow the all-important passage of natural light while still offering optimal protection from direct sunlight. Traditionally, many facade engineers opted for glass to provide natural light to a space, but this isn't always the best option in Australia's climate – where the glare from the slow-moving sun can cause problems with vision.

Sustainability is another factor of facade design that is more important now than ever. In this context, sustainability is all about reducing the footprint – using smarter materials, optimising design and layout, and reducing long-term costs.

One of the key strategies here extends from our last section. We covered how materials like glass and open-profiled metal sheets allow the entry of natural light, but the reason for this is to reduce the volume and intensity of indoor lighting. More natural light means less reliance on the electricity grid, which ultimately reduces energy spend.

Facades are generally oriented so they can respond to solar movement. Depending on the local climate, facades can also prevent heat loss, or maintain cooler temperatures inside the building. Again, this reduces the amount of energy building managers need to use to keep the environment comfortable for those using it.

Another hot trend in facade design is the "vegetated facade", wherein a facade is designed and built to support the growth of vegetation. The vegetation then becomes part of the building skin, reinforcing biodiversity and offering shade and amenity spaces for building inhabitants.

A post shared by Lemons Architecture PLLC (@lemons_architecture) on

Smart building design is about sustainability, but it's also about improving lives. Smart elements creatively reimagine what's possible in design, to remove limitations, to create spaces where humans can flourish and to add functionality previously only dreamed of.

Utilising smart elements in your facade isn't a matter of selecting pre-established elements, rather it is an innovative design approach. Let's look at a couple of examples of how smart elements can be used in a project.

A few years ago a new hospital was built in Mexico City, the facade of which has "smog eating" capabilities. The material was initially introduced in 2011, and contains titanium dioxide. As exhaust-filled air passes around the facade, it interacts with the material's "free radicals" which cleanse the air of the gases that smog is made up of; nitric oxides, sulfur dioxide and ozone.

Another example of smart facade elements in use is the communications and design building at the University of Southern Denmark which utilises gorgeous perforated metal panels with a twist. All of the panels are installed on mechanical hinges that are capable of adjusting themselves to regulate the natural light entering the building (pictured below).

A final example of smart facade design comes from material technologists Decker Yeadon. Their homeostatic facade comprises two sheets of glass with the newly developed material in between. This material was created to act like a muscle, and it expands or contracts based on the temperature of the outer surface. This in turn, alters the amount of light and heat that can enter the building.

Maintenance plays a large role in design. As the "face" of a building, a facade needs to maintain its appearance for the building's entire lifecycle. This means carefully considering how materials will age over time, whether access points for cleaners can be incorporated, as well as looking at compatibility with new maintenance technology.

Where perforated or expanded metal sheets are used, hot-dip galvanisation helps them go the distance over time. In terms of access, this can often be achieved by having stairwells and access points between the facade and the building's exterior – or otherwise allowing room for a cherry-picker to get close to the building. There are also a few companies currently producing robots for cleaning facades – in many cases they need a place to dock, so incorporating this into design can also be useful for maintaining the facade in the long haul.

A post shared by University of Twente, Enschede (@utwente) on

There are a huge number of factors involved in design, and we haven't even touched on compliance, but the possibilities for what can be done are growing every day. If you're ready to talk materials, we'd love to hear from you, so get in touch with the team at Locker Group today. 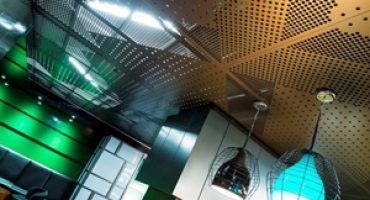 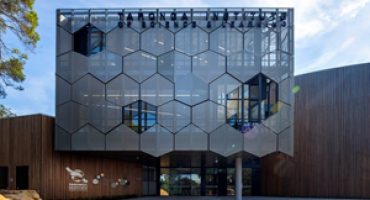 4 uses of exterior architectural screens you'll want to implement yourself 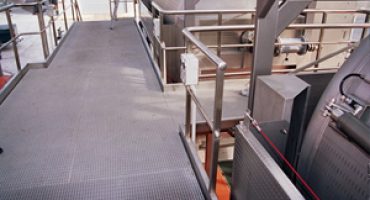