Cheltenham Station, located in Sydney, is a train station that was first opened in 1881, serving the south-eastern Melbourne suburb of Cheltenham. As part of a Melbourne 2030 plan for renovations, the station has had consistent upgrades to its design and functionality since 2010.

This case study dives into the details of the Pic-Perf façade with Aurora rail and Ingal crash barrier and how Locker was able to create a stunning design that was not only within scope but more sustainable as well.

The design to construction scope was estimated at 24 months. Because of its location, maintaining a comfortable living space for residential areas nearby was top of mind. The car park façade needed to be aesthetically pleasing and reduce light pollution flooding nearby homes from the car park, while also allowing for a 50% open area to meet ventilation requirements.

We were working with a new builder, S.J. Higgins, that was not integrated yet with our Aurora system which created initial setbacks. However, as soon as the builder was up to speed, the rest of the project flowed with ease.

“Our Aurora system eliminates requirements for any secondary support usually provided by the builder,” says Mark Anderson, head of national projects at Valmont, a Locker company. “Therefore, we were able to provide a fully integrated system that required no additional support beyond the primary structure.”

A range of samples and trials were reviewed before arriving at the current design and structure that met the expectations of the project manager, stakeholders, and the architect, Cox Architects.

“The architect envisaged a ‘tree branch design’ across the façade that would vary throughout each elevation” continued Anderson. “The image needed to be replicated through the Pic-Perf software ensuring that the subject was clear, visually appealing and easily identified. The background colour contrasts needed to be considered to ensure a high-resolution image that would be developed and accepted by all parties concerned.”

In the end, all site drawings and materials were delivered in line with the builder’s program.

The Aurora system was a great option for the client because its sustainability allowed it to grow depending on the fluctuations of the project. There was a reduction of all of the steelwork originally detailed for the design that the Aurora system was able to turn into a cost-effective solution.

Where the existing car park was drab and needed to be upgraded, we took the foundations of the building and added texture, design and colour to make impactful changes.

By using Aurora, our integrated system made it possible to ensure that the installation was completed within the allocated period which would not have been possible through other methods.

“The fact that we could offer a turnkey solution for the façade that simplified the original concept whilst maintaining architectural intent appealed to the builder because they only had to award a single contract which covered design, certification, engineering, supply and installation,” Anderson said.

The grand opening of the Cheltenham Station car park occurred in July of 2020. The three-level car park provides a covered space for commuters and rail passengers to safely park their vehicles as they go about their day.

In the end, Anderson says the “result provided a stunning image that captured the architectural intent and is considered to be one of the construction highlights of any build throughout Melbourne and beyond.”

As a result of the collaboration, workmanship, professionalism and diligence for this project Cox Architects, S.J. Higgins, DACA Windows and Locker produced an eye-catching, Pic-Perf architectural product.

Locker can accommodate any project size and offer a variety of architectural and construction solutions with a scale of expanded and perforated metal, curtains and wire mesh. Our product range includes screening, interior applications, façades and balustrades.

If you want to know more about this project, others we have underway or if you want to get started on your own, please reach out to one of our professionals today. 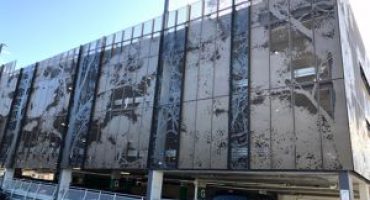 The role PicPerf® plays in our perforated metal designs 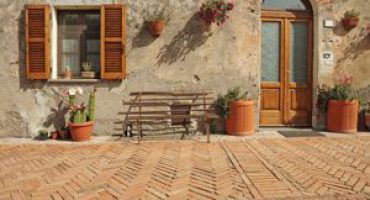 How to blend architectural façades in with the landscape 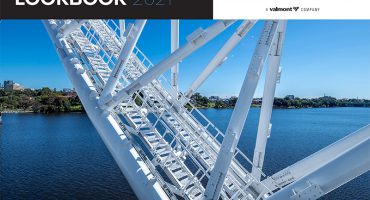